Grifton, once known as “Bell’s Ferry,” “Coward’s Bridge” and “Skinhead”, is situated south of Greenville on both sides of Contentnea Creek (known locally as Moccasin River) a few miles above where it empties into the Neuse River. It was once known as the most divided town in North Carolina, being in three townships, Contentnea and Swift Creek in Pitt and Contentnea Neck in Lenoir County. It was in two senatorial districts, two judicial districts, and two congressional districts. It even had three township constables exercising authority over their respective parts of town.

A brief history of our town... 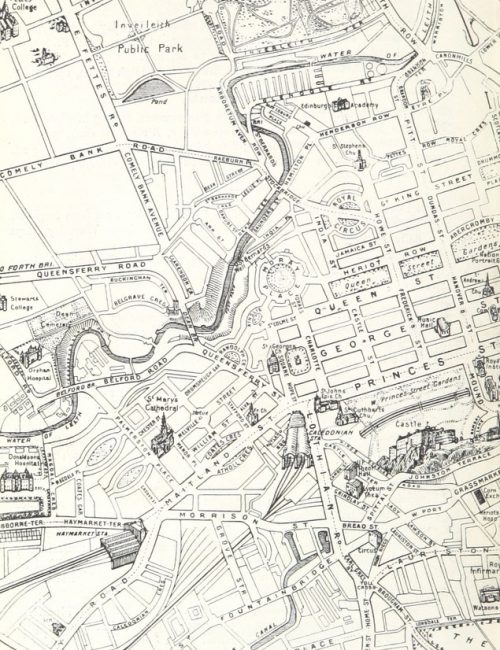 The first mention of the area that is now called Grifton was when it was called Peter’s Ferry in 1754, when Hugh McAden, the “first Presbyterian missionary in the colony” visited this section. The name changed by 1764 when it was known as Blount’s Ford or Ferry.

According to tradition, the old bridge across the Contentnea Creek was burned during the Civil War and Mr. Coward built another bridge in its place in 1867. That bridge did not last long and Franklin Bell, a local blacksmith and chair-maker, kept a ferry over the creek. The place became known as Bell’s Ferry and remained so even after the county built a new bridge over the creek in 1869. 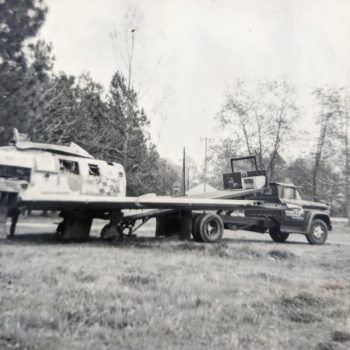 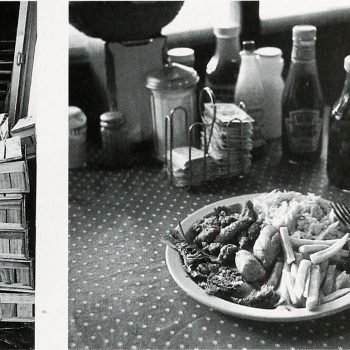 Bell’s Ferry continued to grow slowly with its main advantage being shipping on the Contentnea Creek. In 1867, Charles Gaskins built the first store, buying and selling fresh goods. He then went into co-partnership with George B. McCotter for a time. After which Gaskins left the business and McCotter kept the store for a year. McCotter then sold the store to Cicero M. A. Griffin who commenced business there in the winter of 1869-70. Griffin enlarged the store and opened a bar room in it and eventually kept the post office in the back part of the store.

On June 3, 1875, a post office was established at Bell’s Ferry with Cicero M. A. Griffin as first postmaster. Joel Patrick served as the next postmaster from November 17, 1884, until 1889. There were no schools in Bell’s Ferry until 1882 when Miss Emma Pittman kept a small school in a little workshop. 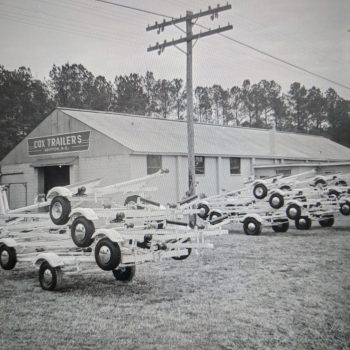 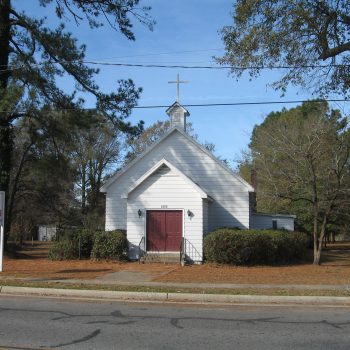 Bell’s Ferry held its first municipal election in May 1883 naming F. M. Pittman as mayor; A. F. Pittman, W. B. Hellen and Josh Manning as town commissioners and Granville Duggins, a black man, as first policeman.

In 1883, David Bryant built a two story building with a restaurant on the first floor and a town hall on the second. Also in 1883, C. M. A. Griffin built a large gin house, J. S. Holton built a store, F. M. Pittman built the first two-story house and G. B. McCotter & Co. built a hotel. Some of the early merchants and businesses at Bell’s Ferry in the 1880s included a whiskey and brandy distillery, Messrs. Hellen and Rountree, E. A. Bland, A. G. Coward and Co., George B. McCotter, Joel Patrick, J. L. Tucker, and Heath & Co. lumber and shingle mill.

In 1884, F. M. Pittman formed the first Methodist Sunday School and it was taught by Alva Pittman in an old workshop.

In 1885, Dr. S. B. Woods was elected mayor of Bell’s Ferry and Frank Bell, a black man was named chief of police. This same year F. M. Pittman & Sons also had a sawmill and Frank Bell had his carpentry shop. Jacob McCotter finished his handsome residence and Moses Spivey erected his boarding house at Bell’s Ferry.

In January 1889, the steam sawmill of Messrs. Speir and Quinnerly exploded, killing R. A. Butts and wounding four others. The sound of the explosion was heard eight miles away.

According to older residents, there were so many accidents during this time that even though the village was known as Bell’s Ferry, people in the area called it “Skinhead.” The local people were ashamed of the moniker and wanted to name it after Cicero M. A. Griffin, the leading citizen of the village. It was said that Charles Gaskins and C. M. A. Griffin got together and came up with the name Grifton.

In 1889, the legislature changed the name of Bell’s Ferry to Grifton, the name becoming official on January 1, 1890. The post office changed its name to Grifton on November 16, 1889. Also in 1889, when it was found out that the Scotland Neck to Kinston Railroad (later Atlantic Coastline Railroad) was to come through Grifton, the citizens over whose land the railroad would pass, met and pledged right-of-ways and invited the railroad to come through.

When the railroad came through, Captain Walter McRae, the civil engineer for the railroad, resurveyed the town of Grifton and several new streets were laid out and old ones put into better shape. In August 1890, the town commissioners offered to give away 10 or 12 lots to anyone in Grifton who would open a street and erect a respectable dwelling on it during the next twelve months.

With the advent of the railroad, Grifton took on a life of its own. The river bustled with trade as steamboats like the Cobb, Howard, Laura, Uncle Sam, Blanche, Snow Hill, Nannie B. and the Pearlie May carried goods and guano in and out of the port of Grifton. Two favorites, the steamboat Carolina, Capt. David Styron, and the steamboat May Bell, Capt. R. E. Pittman, were well known along the Grifton waterfront.

In September 1890, the Grifton Male and Female Academy was incorporated with 22 trustees. They hired Prof. C. H. James and Miss Malena Ward who operated a music and military school in connection with the regular studies, until it burned in 1894. By October 1890, a train depot and warehouse were built in Grifton. Other businesses in 1890 included Levi Dawson’s shingle mill and C. M. A. Griffin’s extensive strawberry operation.

In 1891, two short-lived newspapers were started up in Grifton, the Grifton Star and the Grifton Lamplight. The Grifton Star, was run by Dr. T. B. Loftin, proprietor and editor, and The Grifton Lamplight, was published by a Mr. Lancaster, editor, who was noted for getting falling down drunk. When both the newspapers ended the joke around town was “the light has gone out and the star has fallen.” In 1895, Rev. E. B. Wilcox bought the machinery of the Grifton Lamplight and began publishing the Grifton Guide. Rev. Wilcox was quite a controversial person at the time. He first came to Grifton as a Methodist preacher, was soon made Mayor, started the Grifton Guide, studied law, and left Grifton suddenly in late 1895. It was found out he was wanted for murdering his infant child in Robeson Co., N.C., many years before. 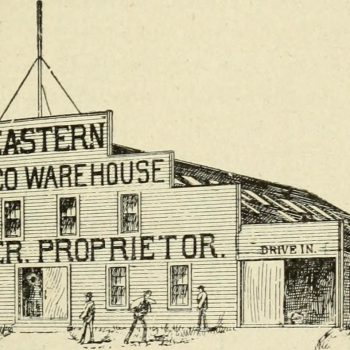 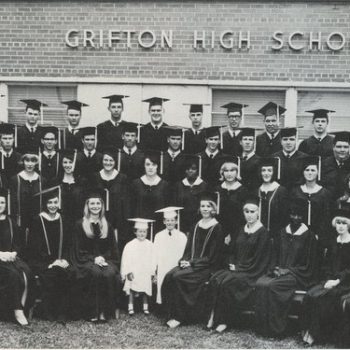 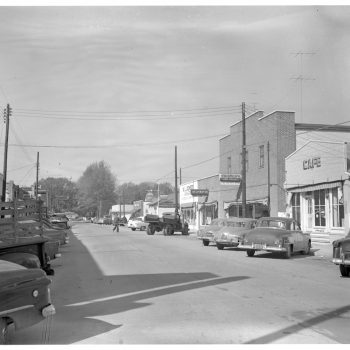 In 1900, Bryan Gardner opened a bar, Thompson and Carr operated a brick kiln, and two tobacco warehouses were built for the Grifton Tobacco Manufacturing Co. In 1901, the old James Tingle Distillery was moved back to Pitt County from Lenoir, with R. C. McCotter as storekeeper and gauger; R. A. Dawson opened a meat market; and W. S. Blount rented Mrs. M. L. Hellen’s house and opened a boarding house. In 1902, C. J. Tucker and J. L. Patrick opened new stores in the Tucker building, Mrs. Alice Speir opened the Cobb Hotel, and the Grifton Drug Co. opened for business.

In 1903 the town of Grifton flooded and the locals said that the people became sick and unhealthy. The townspeople decided to move the town off the creek bank. They moved it to where it stands today.